'Mirzapur 2' Has Been Released, Check Now. 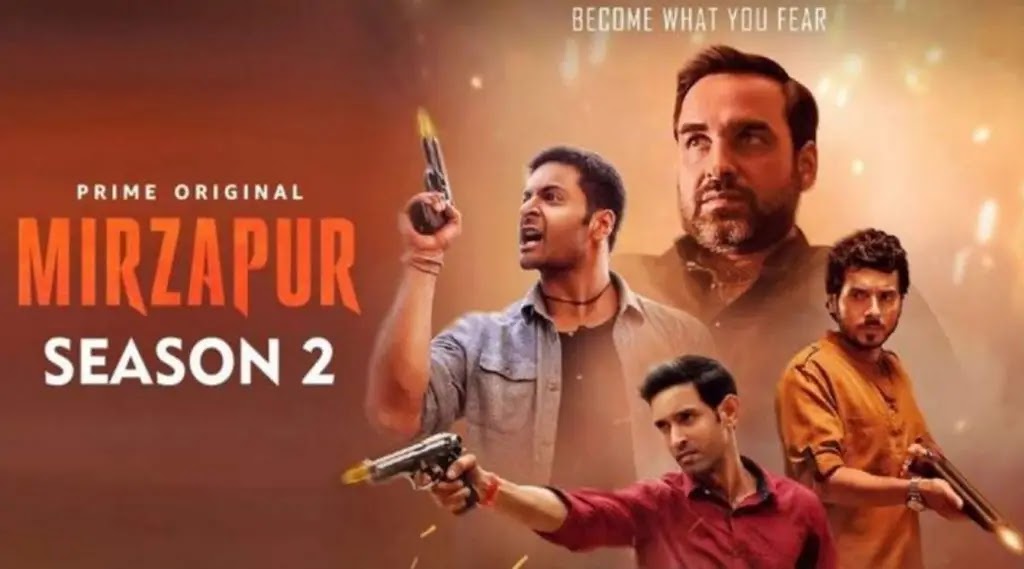 The trailer of the Amazon Prime Video popular crime web series 'Mirzapur 2' has been released. This season many contenders will be seen fighting to secure their hold over 'Mirzapur 2', while at the same time, GudduBhaiya will avenge his brother's death. As per the information, the trailer of 'Mirzapur 2' fans are so much liked that as of the time of release, it has got more than 3 lakh views. On the same side, fans have become even more excited after the release of the trailer.


In the trailer of the web series 'Mirzapur 2', people are getting emotional once again seeing Pankaj Tripathi as KaalinBhaiya, Ali Fazal as Guddu, Divyendu Sharma as MunnaBhaiya and Shweta Tripathi as Golu. People are sharing this with # Mirzapur2Trailer. This series will be aired on October 23 on Amazon Prime and this time, Vijay Verma, PriyanshuPendouli and Isha Talwar will also be seen giving a dose of entertainment in the series in Mirzapur 2.

As we know that the full game of the throne of Mirzapur was shown in season 1. In this game, the carpet brother was in command. As per the news His son Munna (Divyendu) wants to save this throne but also wants to take a weapon. Both of them are very angry and they are ready to cross every border to avenge the death.

As per the information about the trailer, the four lead characters of the series, KaalinBhaiya, Munna, Guddu, Golu, and other characters have been introduced. Let us tell you Munna has made up his mind to sit on the throne of Mirzapur this time. Let us tell you He invented a new rule according to which the person who sits on the throne can change the rules at any time. On the same side, Guddu and Golu are burning in the fire of vengeance. As per the news, Guddu does not think even once to bring the enemy to death. Let us tell you He does not back down from giving painful death to the enemy.

The trailer of Amazon Prime Video's web series 'Mirzapur 2' has been released. Discussion has started since the release of this trailer. YouTube has received over 2.5 million views within just 2 hours of release. In such a situation, fans are also attracted to the dialogues of the web series. Let's know about five such dialogues ...

1. What has come, it will also go… Just wish we will - KaalinBhaiya (Pankaj Tripathi)

2. Whether we stay on the throne or Munna, the rule will be - KaalinBhaiya (Pankaj Tripathi)

3. We are adding a new rule… The one who can sit on the throne of Mirzapur can change the rule- Munna Tripathi (Divyendu Sharma)

4. It was your mind that your daughter should rule Mirzapur. Not big, but small will do. - Golu Gupta (Shweta Tripathi Sharma)

6. Lion has got blood on his mouth- Babu Ji (Kulbhushan Kharbanda)

7. The lion is older, but not old yet- Bina Tripathi (Rashika Duggal)

8. Now we have to take revenge and Mirzapur too- Guddu Pandit (Ali Fazal) 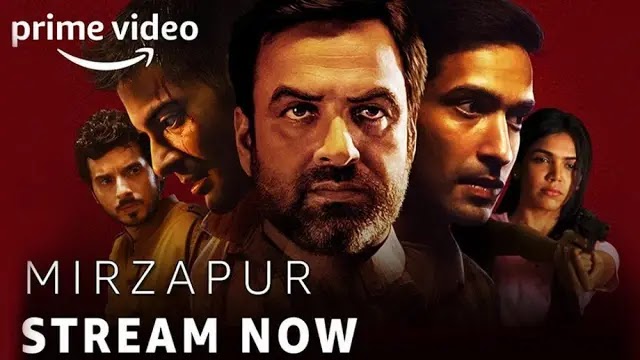 Apart from these dialogues, the trailer of the web series is quite attractive. Angels of revenge are being seen in the story. On one side are Golu Gupta and Guddu Pandit. On the other hand, Sharad Shukla is planning his revenge. Apart from this, Munna Tripathi and Bihar's Bahubali Dadda Tyagi are feeding different flowers together. It remains to be seen how much the web series affects after its release on 23 October.

Let me tell you, this time in Mirzapur 2, some new people are also going to be seen. It includes Vijay Verma, PriyanshuPendouli, and Isha Talwar. People have got a glimpse of Vijay Verma in the trailer. In this, he is playing the character of Bahubali of Bihar. Apart from this, people are showing interest in the role of Sharad Sharma. Now to see how thrilling these characters bring?

Mirzapur 2 trailer has been released. This series is going to knock on 23 October. This time along with old faces, new faces will also be seen to give a new dimension to its story, but three new faces are being discussed the most.

Vijay Verma says that I will not say anything about my character right now. They say, yes I was a fan of Mirzapur. I was waiting for when the second season would come. Meanwhile, Gully Boy was released and after the release of Gully Boy, the first offer I received was from Mirzapur 2. Producer RiteshSidhwani said from the front that you come to Mirzapur 2. I am from Hyderabad My friends are waiting for the second season in a tremendous way, when they come to know that I am there, their happiness has not stopped.

Talking about the other faces, PriyanshuPanuli, recently was in the headlines for his negative character in his international project Extraction. Will he also be in the strong role of the villain in Mirzapur 2? On this, Priyanshu says that after seeing the negative character in the extraction, my mother said that now you will not do so much violence, then I told my mother that my next project is Mirzapur 2. Where people talk about Katta but I will not drive Katta. My character's name is Robin. Whether it is a negative character or a positive, you will decide. The motive is behind what he is doing.

Along with these two male characters, an important female character will also be part of the story, actress, and model Isha Talwar. Isha says that usually I have to go through 6 to 7 rounds of auditions for a project but this was the first time that I was selected for Mirzapur 2 in an audition itself. Till now I have only seen a cute and bubbly type character on screen, but in Mirzapur 2 I will see people in completely different roles. I look forward to becoming my mims.

Let us know that in season 2 of the web series Mirzapur, Pankaj Tripathi has been shown as KaalinBhaiya, Ali Fazal as Guddu, Divyendu Sharma as MunnaBhaiya, and Shweta Tripathi as Golu. As per the news, Mizarpur is directed by Gurmeet Singh and Mihir Desai, produced by Puneet Krishna, and produced by RiteshSidhwani and Farhan Akhtar under the banner Excel Entertainment. Their banners are produced by Farhan Akhtar and RiteshSidhwani under Excel Media and Entertainment.