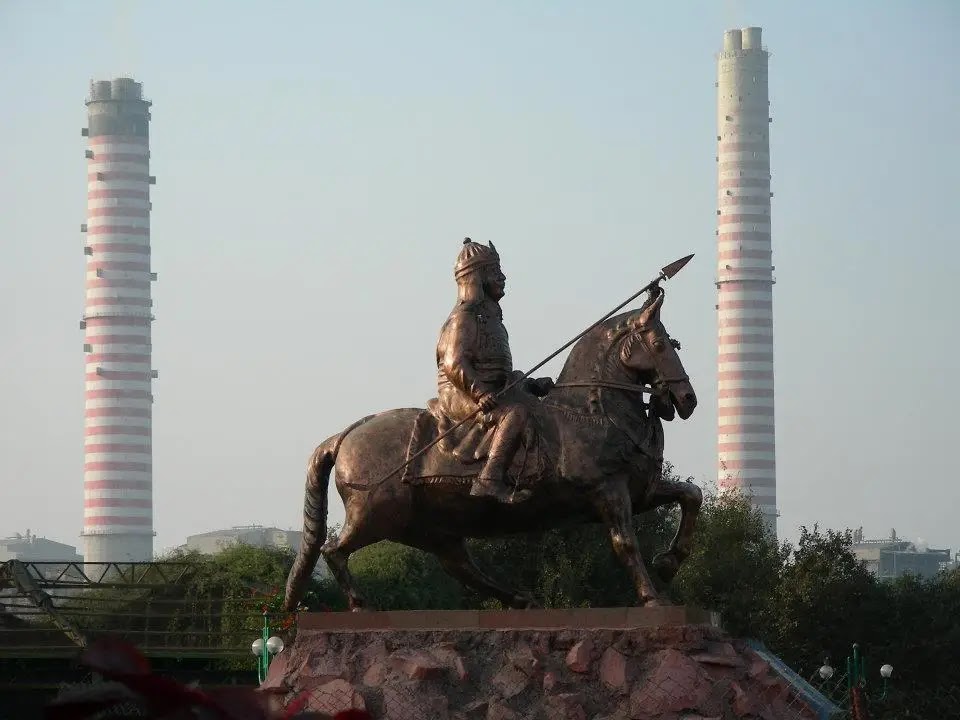 Prithviraj Chauhan is a very unforgettable name in Indian history. Prithviraj was also the last Hindu ruler born in the Chauhan dynasty called the warrior of Hindutva. At the age of just 11, he took over the rule of Delhi and Ajmer after the death of his father and had spread it to many borders, but in the end, he was betrayed and lost his princely state, but after his defeat, a Hindu The ruler could not make up their shortcomings.

Prithviraj was also known as Rai Pithora. Prithviraj Chauhan was a skilled warrior from childhood, he had learned many qualities of war. He practiced Shabbhedi Baan lore from his childhood.

Prithviraj is also called Rai Pithora. Prithviraj Chauhan was a skilled warrior from a small age and had learned many qualities of war. He also practiced word-of-mouth learning in his childhood. Bardai told Mohammad Ghori about Prithviraj's art of wielding a sword. When Ghori was not convinced, Chand Bardai told Prithviraj to see this art with his eyes, according to his plan.  The child named Prithviraj will take the umbrella of Maharajas with his force. The glory of the throne will increase, that is, in the Kali Yuga, the earth will be resplendent like the sun.


Prithviraj Chauhan, the great ruler of the earth, was born in 1149. Prithviraj was the son of Someshwar and Kapuri Devi, the Maharajas of Ajmer.

Prithviraj was born after 12 years of marriage to his parents. This became a cause of disturbance in the state and conspiracies were started in the state from the time of his birth, but he kept on escaping. But at the age of just 11, Prithviraj's head was raised from his father's shadow, even after that, he performed his duties well and continued to expand his kingdom by defeating other kings.

Chandrabardai, Prithviraj's childhood friend, was no less than a brother to him. Chandbardai was the son of the daughter of Anangpal, ruler of the Tomar dynasty. Chandbardai later became the ruler of Delhi and with the help of Prithviraj Chauhan, built Pithoragarh, which still exists in Delhi under the old fort name.


When the stories of Prithviraj's bravery reached Jayachand's daughter Sanyogita, she began to fall in love with Prithviraj and secretly began to communicate with him. There is information about when Sanyogita's father Jayachand came to know about this, Jayachand has decided to teach his daughter and her lover Prithviraj a lesson.

On the other hand, a Chand organized his daughter's swayamvara in which the Hindu bride was allowed to choose her bridesmaid and every person who put a garland around her neck would become her queen. Father of sanyogitaJaichand sent an invitation to all the big and small princes of the country to join the royal swayamvara, but he deliberately did not send an invitation to Prithviraj. Not only this, in order to insult Prithviraj, put an idol of Prithviraj in place of the gatekeepers.

Prithviraj came to know of this thoughtful move of Jaichand and made a secret plan to get his girlfriend Sangita. On the day of Swayamvar, Sayongita passed through all the princes who had gathered in the assembly. He reached the main gate, ignoring everyone and he put a necklace on the neck of the statue of Prithviraj, who was the gatekeeper. similarly the people gathered at the meeting were stunned by his decision as he honored a lifeless idol while making all the princes ashamed.

But Jaichand still had to suffer a setback. Based on the informationPrithviraj was standing behind the idol affectations the gatekeeper and he slowly picked up Sanyogita and, riding on his horse, moved towards his capital Delhi at a rapid pace. Father of sanyogitathat Jai Chand and his army followed them and as a result 1189 between those two states And in 1190, a fierce war took place in which both the armies suffered a great loss.

As per the knowledge, Prithviraj's army was very large, consisting of 3 lakh soldiers and 300 elephants. As per the information usually we said that his army was very well organized, due to this army he won many wars and went on to expand his kingdom. On the other side But in the end, due to lack of skilled horsemen and the support of Jayachandra's betrayal and other Rajput kings, they lost the second war to Muhammad Ghori.


War Of Mohammad Gauri And Prithviraj