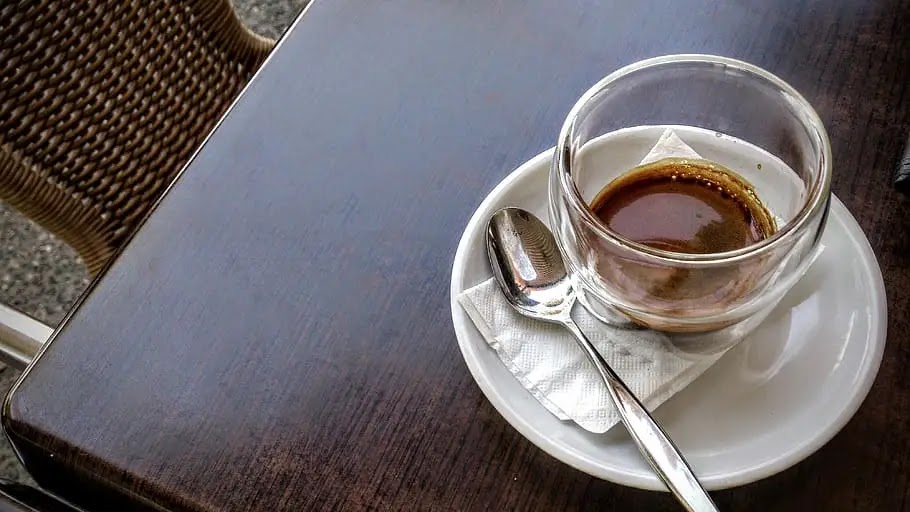 Due to today's lifestyle, obesity has become more common among people. Most people are struggling with this problem. People take many measures to lose weight. While doctors also recommend including more fluids in your diet to reduce obesity. It is also said that you keep the distance from milk tea. Most people skip outside food, junk food, etc. to lose weight, but do not leave tea. Today, we will tell you about some such tea, which reduces obesity and improves health.

Today, tea producing countries are celebrating International Tea Day. We know that China is the largest producer of tea in the world and India is second in this case. A typical Indian starts the day with a cup of tea. Normally in India, the price of a cup of tea starts at Rs 10, but there are some varieties of tea in the world that have a sip of millions of rupees. We are going to tell you about the world's most expensive tea, whose price will come in many flats ...

As per the report by T-Bloom, the most expensive tea in the world so far is Da Hong Pao Tea. As per the data this very special type of tea found in China's Wuisen area is considered as a lifesaving herb. According to the report, drinking this tea can free a person from many major diseases. As per the data price of this tea is around Rs. 8.5 crores per kg. That is, more than the price of the GOST model of Rolls Royce, the world's most luxurious car. At such a price, you can buy 16 flats worth Rs 50 lakh in areas like Delhi-NCR with great comfort.

Taiguanine tea, which looks like oolong tea, was named after the Buddhist guru Taiguanin. Now we made from black and green tea this tea is included in the list of world's most precious tea.As we look at the taste of this tea is very different. As we know This tea leaf does not leave its taste even after being made seven times.Taiguanin Tea costs around Rs 21 lakh.

Now as per the news that Panda Dung Tea is also one of the world's most expensive teas. As per the news The manure used to grow this tea includes panda feces. The price of one cup of tea is said to be around 14 thousand rupees.

This tea bag was designed to do something special on the occasion of the 75th birthday of the founder of British tea company PG Tips. The t-bag has 280 diamonds attached to it. Now The price of this tea is 9 lakhs per kilogram.

There were once vintage Narcissus tea plantations in China, which have ceased to exist, but the last time the tea was sold, it was worth Rs 5 lakh per kg.

As per the news The leaves of this tea from Singapore are yellow and after they become golden in color. It is broken only once a year. Now the tea price is said to be around Rs 2 lakh per kg.

Taiwanese farmers collect this stool by preparing insects. As we know that This tea was sold for 70 thousand rupees per kg.

As per the news Let us tell you that during the International Food and Agriculture Organization (FAO) inter-governmental group meeting in Milan in 2015, India had proposed that May 21 be celebrated as InternationalTea Day every year. The United Nations accepted this proposal in the year 2019 and said that these days further promote collective actions to implement activities in favor of sustainable production and consumption of the green tea and to raise awareness about its importance in fighting hunger and poverty. Will give.

As per the news that Tea production and processing is the main source of livelihood for millions of families in developing countries and the main means of subsistence for as per the news the millions of poor families who live in the least developed countries. As we know that Tea industry is the main source of income and export revenue for some poor countries And provides employment as a labor-intensive sector, especially in remote and economically deprived areas. Not only this tea can play an important role in rural development, poverty reduction, and food security in developing countries, which is one of the most important cash crops.

It is true that whether the tea is black tea or green tea or any other flavor, all tea contains antioxidants, anti-catechins and polyphenols which positively affect our body. Drinking green tea acts as an antioxidant for the bladder, breast, lungs, stomach, pancreatic And benefits in preventing the development of colorectal cancer. As per the news that Helps prevent clogging of the arteries, reduce fat, reduce the oxidative stress response on the brain, reduce Now we know that the risk of stroke and improve cholesterol levels.

Black tea has the highest caffeine content. As per the news Studies have shown that black tea protects the lungs from damage due to exposure to cigarette smoke. It also reduces the risk of stroke. we know that Reduces the effects of pollution and Less tea contains antioxidants. As we know that Tea protects your body from the ravages of aging and the effects of pollution. Black tea contains less caffeine than coffee. Drinking this helps your body's immune system a lot in fighting infection. As per the news Common diseases like cold and cold disappear by drinking tea.

Just as every substance has its advantages or disadvantages, tea also has some advantages and disadvantages. However, many people like to drink tea less. But it also has its benefits. The tea is hydrating and also contains many antioxidants. Consumption of tea is good for health. Not only this, tea is also very helpful in reducing weight. Apart from this, it also has cultural significance in many countries.