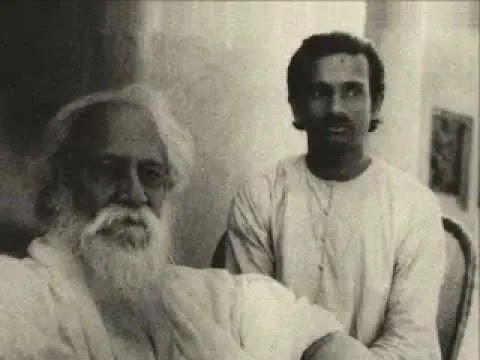 The Great Rabindranath Tagore was born on 7 May 1861 at Jorasanko Haveli in Kolkata. But according to Bangla Panchang was born on the 25th of Vaishakh. Rabindranath Tagore was not only a poet but also a musician, painter, and writer. One of the popular books of Tagore is 'The King of the Dark Chamber'. Gurudev Rabindranath Tagore was also proficient in painting.  He started drawing at the age of 60. Many of his exhibitions are in Europe, Russia, and America. Rabindranath Tagore ji studied law after completing his studies in LondonXavier's School. But he came back without a degree before time. From ancient to early times, Kashi not only gave proof of scholarly knowledge to the country and the world but also always paid tribute to the intellectuals. In 1935, the Kashi Hindu University awarded him a D-Lite degree while recognizing VishwakaviGurudev Rabindranath Thakur (Tagore). After this event, he moved to Prayagraj. Then Mahamana Madan Mohan Malaviya himself wrote a letter and called Gurudev to Kashi. 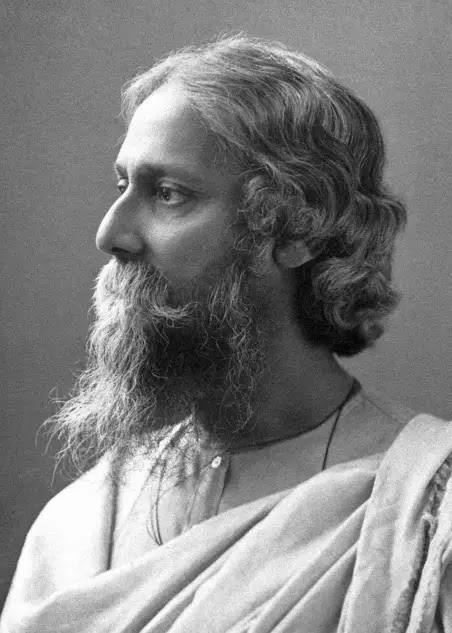 According to records, Gurudev visited Kashi thrice (1925, 1927 and 1935). The last two times in these, the reason for his arrival became a graceful invitation to Mahamana. In this sequence, he had a stay in Kashi in 1927. In this also, he inaugurated the pharmacy course in BHU's then Engineer College Banco (now IIT BHU).

According to Ashok KantiChakravarti, acting president of BangiSamaj Kashi, Gurudev visited Kashi in 1925 before this. This time his aim was to preserve and promote Bengali literature and culture. In this sequence, he founded the Pravasi Bang Sahitya Sammelan in Kashi.

Gurudev has been associated with him since the inception of BHU's museum Bharat Kala Bhavan. Gurudev was the first chairman of the advisory committee set up for its promotion. Building Director Prof. Ajay Kumar Singh says that dozens of sketches and oil paintings made by Gurudev and his family members are still adorning the building. Hazari Prasad Dwivedi, a scholar from Kashi, served at Gurudev's Shanti Niketan under the inspiration of Mahamana.

Gurudev has also had a relationship with Kashi. According to Ashok Kanti Chakraborty, the assets of the Tagore family have also been in Kasi as a state. The Tagore State of Orderly Bazaar and Bhojubir were once prosperous. The Tagore Villa deal was recently signed.


Most Of Mansi's Poems Were Written In Ghazipur

Rabindranath Tagore migrated for six months in 1888 and also wrote a short history here. It was here that he wrote most of Mansi's poems and several excerpts of the boat sinking. There is a park at their place of stay. Rabindra Nath Tagore stayed at the Gorabazar residence of his distant relative Gagan Chandra Rai. Gurudev lived close to an English civil surgeon. Rabindranath used to translate his poems to him. Gurudev used to visit Lord Cornwallis Samadhi garden here in the evening. 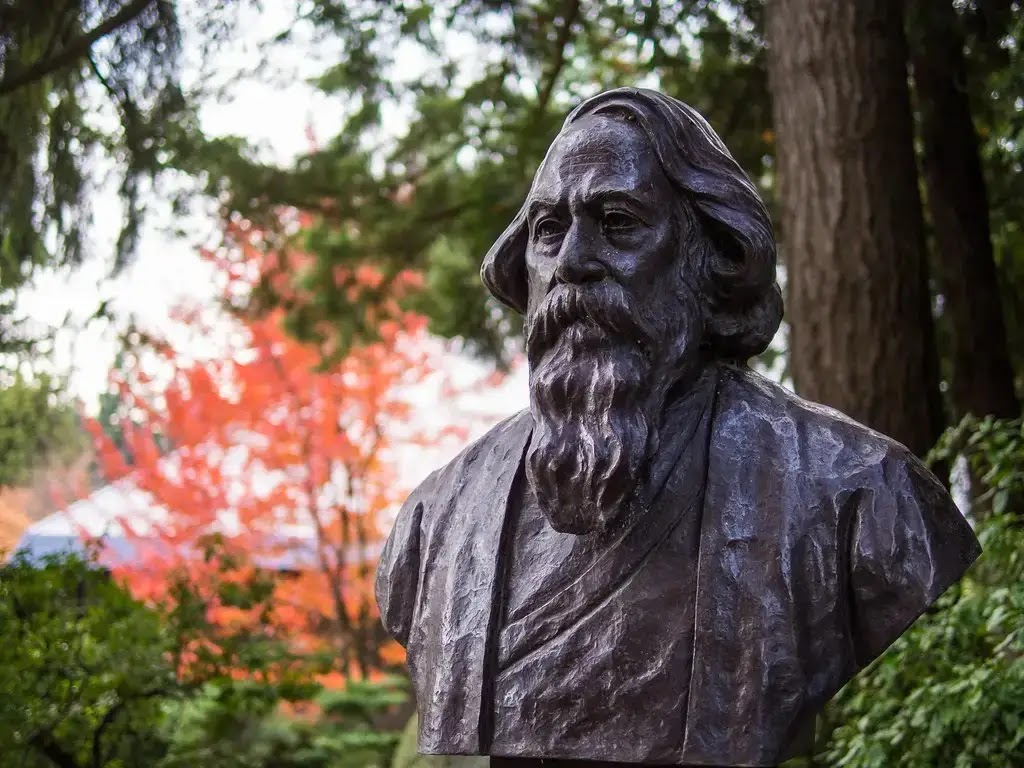 My five-year-old girl does not live without speaking even a minute to Mini. One day she said in the morning, "Babuji, Ramdayal is a concierge, he calls 'Kaak' as 'crow'. He doesn't know anything, Babuji." He started the second thing before I said anything. "Look, Babuji, Bhola said that - If Elephant throws water from the trunk in the sky, so that's why it rains. Good Babuji, Bhola lies, isn't he?" And after that, she got into the game.

My house is on this side of the road. One day Mini was playing in my room. Suddenly she left the game and ran to the window and shouted, "Kabuliwale, O Kabuliwale!"

Hanging a bag of nuts on the shoulder, a tall cobbler was marching down the road at a slow pace with a ring of mango in his hand. As soon as he started coming towards the house, Mini escaped inside with his life. He was afraid that he might catch her. It was settled in his mind that by searching inside the bag of Kabuliwale, more children like him can get two or four children.

Kabuli greets me with a smile. I bought him some deal. Then he said that Babu sir, where did your girl go?

I summoned Minnie to overcome her fear. Kabuli tried to take the raisins and   almonds out of the bag and give them to Mini, but he did not take anything. Fearing, she clung to my knees. This is how he got introduced to Kabuli. A few days later, I was going out for some important work. Saw that Mini is talking a lot to Kabuli and Kabuli is smiling. Mini's bag was filled with almond-raisins. I asked Kabuli, "Why give it all?

Kabuli kept talking to Mini for a while. On the way, he put Athanni Mini in the bag. When I returned home, I saw that Minnie's mother was very angry with Kabuli for taking a spasm from her.

Kabuli kept on coming daily. He had acquired considerable authority over Mini's small heart by giving raisin almonds. There was a lot of talk between them and they used to laugh a lot. On seeing Rahmat Kabuli, my girl would laughingly ask, "Kabuliwale, O Kabuliwale! What's in your bag?"

I wanted to give him money but he said, 'Thank you very much Babu saheb! Leave the money. ' After that, he stopped and said that I have a daughter like you. I used to remember and bring little nuts for your baby girl. I don't come here to seal the deal.

He put a hand in the pocket of his kurta and got out a sloppy folded piece of paper and spread it around the fold with both hands and spread it on my desk. I saw that the piece of paper has the impression of a small hand claw. With a little soot in his hand, his impression was taken on the paper. With his daughter on his chest, Rahmat comes every year to seal a deal in the streets of Calcutta.
Tags:
Life