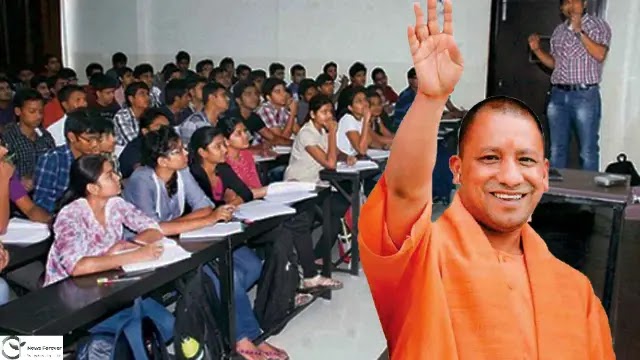 Yogi Adityanath government of Uttar Pradesh is going to give a big gift to the students of the state from February 16. Uttar Pradesh government is going to set up such coaching centers for young students preparing for competitive exams, where they will be given free classes. The official spokesman of the state government gave this information. He informed that Chief Minister Yogi Adityanath has decided to set up Abhyudaya Coaching Center for students preparing for NEET, JEE (Mains and Advanced), CDS, NDA, UPSC, and all other competitive examinations in the state.

Chief Minister Yogi Adityanath has decided to set up an 'Abhyudaya' coaching center for aspiring candidates appearing in NEET, JEE (Mains and Advanced), CDS, NDA, UPSC, and all other competitive examinations.

The spokesman said that the facility of free coaching will provide assistance to poor and disadvantaged students and their guidance will be taken care of by the state government. He said that Free Coaching Center will start working on the auspicious day of 'Basant Panchami' on 16 February and registration for classes will begin on 10 February. In the first phase, 'Abhyudaya' Coaching Center ('Abhyudaya' Coaching Center's) will be established at the division level, and in the next phase, it will be done at the district level. The coaching will also include the provision of direct counseling for the candidates by senior IAS, IPS, and PSC officers.

On the occasion of Uttar Pradesh's foundation day, the state Chief Minister Yogi Adityanath has announced to provide free coaching facilities for students preparing for competitive examinations. The free coaching facility has been named 'Abhyudaya', and will be launched from the upcoming Basant Panchami in the state. The Chief Minister said that the educational infrastructure of various universities and colleges will be used to provide this facility to the students. A panel will be created for the program.

In the first phase, it will be started in 18 divisional headquarters of the state, where physical and virtual coaching facilities will be provided. As per the news, the Chief Minister said that officers will also dedicate their time and will also give lectures to experts in various disciplines. Classes will be conducted in physical form as well as in virtual mode and guidance will be given for competitive exams like UPSC, NEET, JEE, NDA, CDS, etc. The Chief Minister said that the coaching center will give a new platform to the youth and inspire them to take them to new heights.

The coaching will also include the provision of direct counseling for the candidates by senior IAS, IPS, and PCS officers. In case of guidance on examinations like NDA and CDS, training will be done completely by the principals of Sainik Schools of UP. To resolve any doubts of the students, doubt solving sessions will be organized so that they can choose the best field for themselves. (PTI)

He said that the facility of free coaching will provide a lot of help to poor and disadvantaged students whose guidance will be taken care of by the state government. The coaching institutes will start functioning from 16 February Basant Panchami and registration for classes will begin from 10 February. In the first phase, 'Abhyudaya' coaching centers will be set up at the divisional level and in the next phase, they will be established at the district level.

According to an estimate, about 4 to 5 lakh students of Uttar Pradesh participated in UPSC, JEE and NEET, etc. examinations every year. They consist of students from economically weaker families in large numbers. Through this free coaching, tips will be given for the selection of topics for competitive exams, exam preparation tips, method of writing answers to questions, etc. In addition, classes on various subjects will also be held depending on the availability of subject experts. If you take the benefit of this coaching and pass the preliminary examination of the civil service, then coaching will be arranged in Uttar Pradesh Administration and Management Academy for better preparation for the main examination.

Let us know that Chief Minister Yogi Adityanath has also announced to start the 'UP Gaurav Samman', in which three to five citizens will be honored every year by bringing them into the state. The Chief Minister said that we have seen that this year, the Social Welfare Department has identified more than 1.43 lakh youth who excelled in various fields, and were given scholarships. From this year, we will identify three to five people who have given the state a new identity in the country as well as in the world. We will honor him with the UP Gaurav Samman.

Along with this, there will be separate classes for NEET and JEE exams. All the lectures and complete study material covering the entire syllabus of various examinations will also be made available online.

There will be doubt in solving the session to help the candidates choose the best field and this will be accompanied by a discussion with experts in the form of a guest lecture. The spokesman said that the guest lecture will help with the preparation and techniques for writing good answers in the exam.

Please Do Not Send Any Spam Link Or Messages.