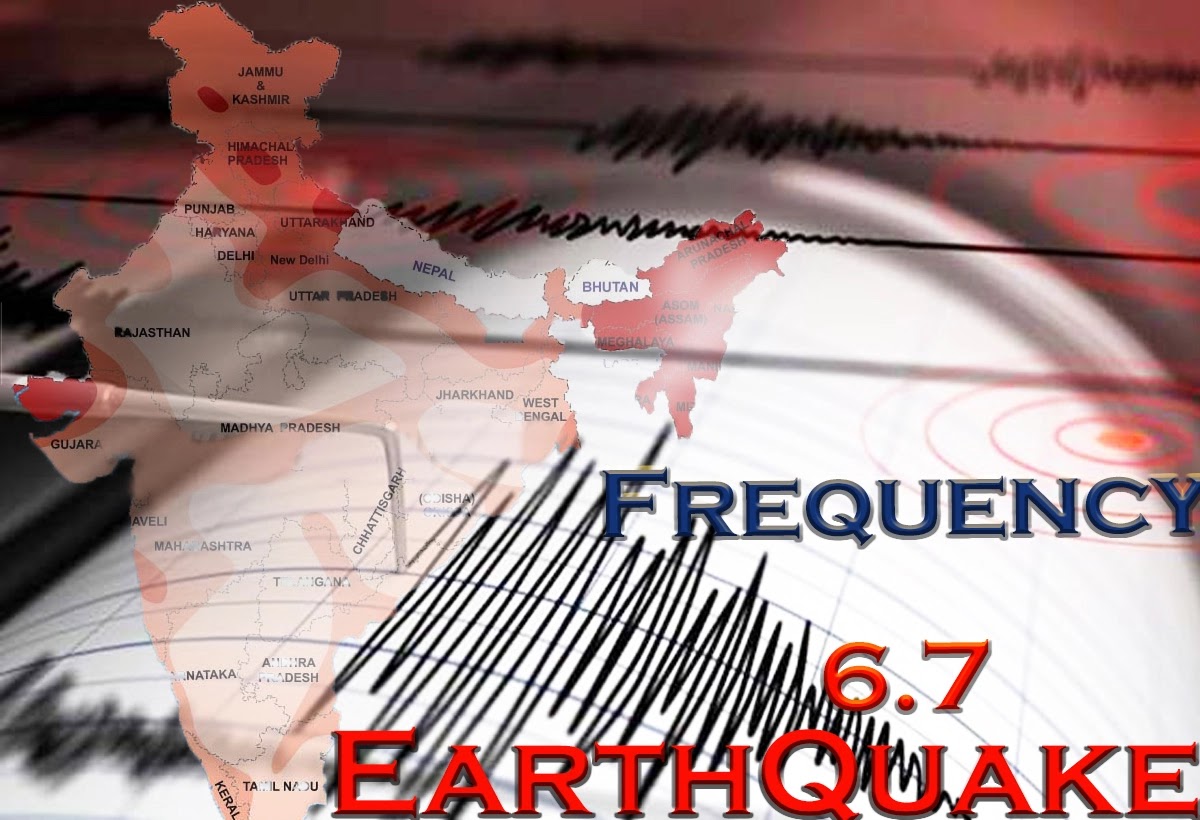 Again India Shock to Earthquake Tremors And Felt For Several Seconds, Light tremors were felt in the capital Delhi on Friday night at around 10.30 pm. It is being told that the earthquake was 6.1 on the Richter scale and its epicenter was 10 km below the surface in Punjab Amritsar.

Earthquake Light tremors were felt in the Capital Delhi on Friday night at around 10.30 pm. It is being told that the earthquake was 6.1 on the Richter scale and its epicenter was 10 km below the surface in Punjab Amritsar. Earthquakes were felt in Delhi-NCR and its adjoining areas for a few seconds. In addition to Delhi, some people came out of their homes and shops when they felt earthquake tremors in Punjab, Uttarakhand, and surrounding areas. It goes on to say that at the end of last month too, tremors were felt in Delhi-NCR.

According to the National Center for Seismology, a magnitude 6.3 earthquake was felt on the Richter scale near Fayzabad, Afghanistan on Friday night.

According to the agency, the epicenter of the quake was 285 kilometers east-northeast (ENE) of Fayzabad, Afghanistan. The earthquake struck at a depth of 74 kilometers from the surface at 10:31 PM Indian time.

So far there is no news of the loss of life and property due to an earthquake. The tremors of the earthquake in Amritsar in Punjab were so severe that people moved out of their homes.

Here you know about the science behind earthquakes…

Why Does An Earthquake Occur?

By hitting the earth's plates. We have to understand the structure of the Earth. The entire earth lies on 12 tectonic plates. Below this is fluid lava. These plates are floating on this lava and their collision emits energy which is called an earthquake.

But Why Do The Plates Collide?

Actually, these plants rotate very slowly. Similarly, they move 4-5 mm from their place every year. If a plate moves near the other plate, it goes away. In such cases, sometimes they also collide.

How Far Below The Surface Are The Plates?

Are down to about 30-50 km. But in some places in Europe, they are at relatively low depths.

What Does The Center And Intensity Of The Earthquake Mean?

The epicenter of the earthquake is the location below which the stirring in the plates emits geological energy. The earthquake vibrates more at this place. With the frequency of vibration decreasing, its effect decreases. However, if there is an earthquake of 7 or more on the Richter scale, then the jolt intensifies in the vicinity of 40 km. But it also depends on whether the seismic frequency is upward or in scope. If the frequency of vibration is up then the lower area will be affected.

What Does Earthquake Depth Mean?

Meaning that at what depth the movement has taken place. The greater the depth of an earthquake, the lower its intensity on the surface.

Is India At The Highest Risk Of Earthquakes?

Which Areas Are More Prone To Earthquakes In India?

India has been divided into four zones according to the threat of earthquakes. Zone Two - South Indian regions which are the least threatened. Zone Three-Central India, Zone Four-Delhi, Terai region of North India, Zone Five-Himalayan region and North-Eastern region, and Kutch. Zone five is the highest threat.

What Are The Three Microzones Of Delhi?

What Is The Scale Of Earthquake Measurement?

The landscape is examined with the Richter scale. The intensity of the energy that comes out from within the earth during an earthquake is measured by it. The magnitude of earthquake tremors is estimated from this intensity.