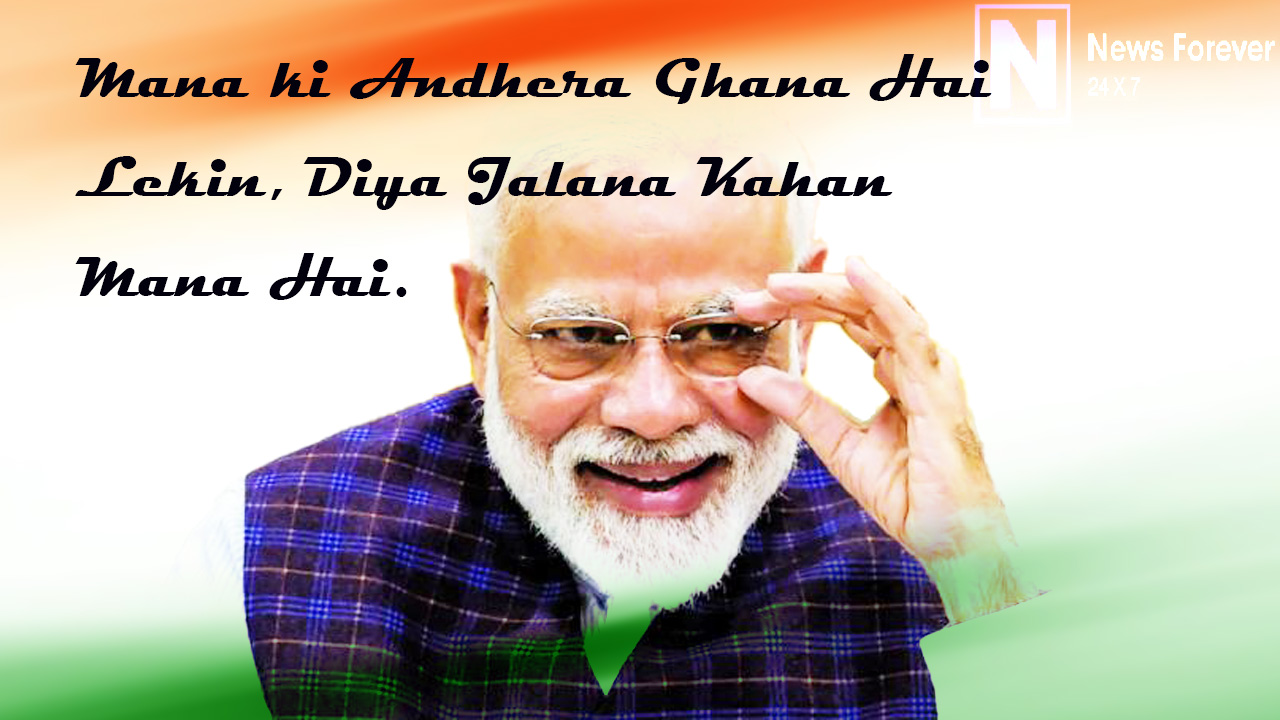 In the last year 2020, we all struggled a lot. Really felt the ups and downs. Due to the epidemic and the economy, it seemed that the situation was becoming disastrous. In such a situation, PM Modi came forward and he supported the nation. Know their slogans given in 2020, which went on people's tongues.

On the last day of the year, Prime Minister Narendra Modi said that the number of new cases of corona infection in the country is decreasing, but this does not mean that people should be negligent. With this mantra of 'Dawaee Bhi, Kadai Bhi' in the new year, he requested the countrymen to take precautions even after vaccination.

Even before this, in the year 2020 i.e. in the past year, he has given many such slogans which have climbed the tongue of the people. Let's take a look at such slogans.

In March, at the beginning of the fight against the Corona epidemic, the Prime Minister gave the mantra of 'Hum Swasthya to Jag Swasthya' to the countrymen. During his message, PM Modi stressed that there is no medicine for this disease, so it is very important to keep ourselves healthy.

Corona: Nobody Gets Out On The road

Amidst the growing threat of Coronavirus, PM Modi in his address to the country in March announced a 21-day lockdown. During this, he gave his address to the nation. During this, he explained the meaning of corona. He said that ko-ro-na means 'nobody gets out on the road'.PM Modi said that this is a time of patience and discipline, as long as there is a situation of lockdown in the country, we have to keep our resolve, keep our word.

During the difficult times of the Corona epidemic, PM Narendra Modi gave the slogan of self-reliant India. When the economies around the world were getting shaky, India was also facing a crisis. To overcome this crisis, PM Modi came forward and in his special address to the nation gave the message of self-reliant India.

This message had the effect that entrepreneurs from small to big recognized their strength. In the beginning, the people who had to import PPE kits and Mask from other countries, they made them in their homes. DRDO created many defense tools. Ventilator made. This slogan of PM Modi did not let the country bow down to the epidemic.

In May 2020, recognizing the Corona crisis and the economic crisis arising from it, PM Modi gave the slogan 'Vocal for Local'. The Prime Minister said- be poor, laborers, migrant laborers, fishermen and for some important decisions will be announced in the economic package for every section.Coronavirus has also explained to us the meaning of local manufacturing, local supply chain, and local marketing. Provincial has fulfilled our demand and saved us. Provincial is not just the need, but it is the responsibility of all of us. For this, we have to give voice.

Markets, institutes, etc. were being opened under the process of Unlock. During this time, there was a rush in the markets. PM Modi understood the urgency of the time and gave the message to the nation. He said Corona is not yet gone, so there is no laxity until the medicine is done.

The Prime Minister also shared the photographs with messages related to the Coronavirus. He also used the hashtag 'Unite to Fight Corona' (# Unite 2 Fight Corona) to give the campaign an edge. After a few hours, this hashtag started trending in the top five.